Why The Best Kind Of Love Won’t Be The Kind You Have To Fight For by Fatima Faisal. See details below. 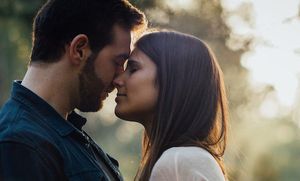 “Nothing in life comes easy,” except for relationships.

All you lovely single gals are probably shaking your heads in confusion, thinking if there is one universal struggle, it’s relationships. Here is the problem: We have been taught to fight for everything; we have this idea that anything worth it won’t come easy.

This notion is the reason for demise in most relationships.

We think arguing is passionate; we think how scared he is indicates how deeply he cares; we think indecisiveness is simply attributed to immaturity.

The thing is, if it is truly love, or if someone truly likes you and wants to be with you, it is easy.

I’ve seen so many of my friends struggle with this simple concept. They spend countless months fighting for the “one” because they think that is what they are supposed to do, or they stay in one-sided relationships hoping one day it will be reciprocated.

Life is filled with complications, and no situation is ever ideal. There are going to be barriers and problems.

Those things make relationships stronger, but when you have an understanding with your partner, it is easy to face him or her.

The stress that ensues is bearable because you both have faith in each other, and you both want it to work out.

My friend met this guy at a summer internship in New York City. She was immediately attracted to him, and she was unsure why. His goofy smile and somewhat awkward demeanor allured her.

She met him and, instantly, they hit it off, talking for hours. They met once and kept in touch; from there, the relationship progressed.

After a year of talking, visiting each other and words that clearly held no promise or substance, he told her they weren’t compatible. He said the potential future may not work. He said there were things they simply couldn’t work on.

At first, my friend was upset, but then she began to realize this wasn’t the only problem. It had always been hard. She had always been the one trying to make it work all along. It wasn’t easy because it wasn’t reciprocal.

Everything in life is easily something you can work on or work around, no matter what, if you want it badly enough.

The compromise comes easy because you desire the other person to be in your life. It’s easy to want to try. It is easy not to be scared of the potential failure when you want it badly enough.

I looked to my other friend. Her relationship faced everything it possibly could. They had different faiths and backgrounds; it was long-distance, and there were several adversities they were both facing at the time.

However, they wanted each other in the end. The feeling was mutual; they truly cared about each other. It was easy, so it worked.

This all doesn’t mean that the most perfect relationship won’t have its up and downs, arguments or fights. It will, but those problems will be easier to fix.

This doesn’t take away from the notion to fight for what you want. It simply means know your limits. Fight to the extent to which it comes easy to you, where your love or care for the other person is pushing your perseverance.

It means if it is getting hard, if he is making excuses and, more importantly, if you begin to make excuses for him, let go.

If he is making it hard for you to hold on, find something that comes easily.

He can handwrite a list of excuses as to why it won’t work, tell you he is devastated and currently blowing his nose into a Kleenex, playing The Weeknd on repeat, saying he is suffering just as much as you.

But, the truth is, if he was just as sad as you, he would be with you. It’s as easy as that.

If it is difficult, it probably is not worth it. He probably doesn’t want you badly enough. But don't let that bother you. It's not about whether you're good enough for him, or if he's good enough for you. It's whether or not you're a good fit – if you're compatible.

A healthy and real relationship is easy. Easy doesn’t mean its not magical or passionate; it means it works. You aren’t begging for attention; you aren’t working to have the other person feel the same way.

If he wants you in his life, he will put you there and keep you there. No excuses; no fighting. It is just that easy.

This article first appeared as Why The Best Kind Of Love Won’t Be The Kind You Have To Fight For by Fatima Faisal. Click on her name to follow her on the social networks!