No, You Can't Make a Person Change

No, You Can't Make a Person Change by Mark Manson. See below for details. 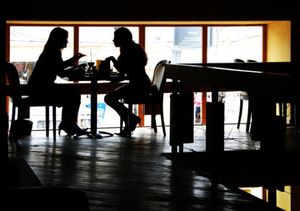 Maybe it’s a family member. Maybe they’re depressed. Heartbroken. Despondent. Maybe they don’t believe in themselves. And every time you see them, you try to fill them with love and confidence, you compliment their new Spiderman shirt and tell them how cool their new haircut is. You casually encourage them and offer some unsolicited tips and recommend a book or two and silently say to yourself:

“If only they would believe in themselves…”

Or maybe it’s a friend. Maybe you see them screwing up left, right, and center. Drinking too much. Cheating on their partner. Blowing all their money on their odd yet obsessive go-kart hobby. You pull them aside and give them the hands-on-the-shoulders pep talk that friends are supposed to do. Maybe you offer to take a look at their bank statement and maybe even give them a loan or two. Meanwhile, in the back of your head, you keep thinking:

“If only they would get their stuff together…”

Or maybe it’s the worst. Maybe it’s your husband/wife/boyfriend/girlfriend. Or even worse, it’s your ex- husband/wife/boyfriend/girlfriend. Maybe it’s over but you keep clinging to the hope that they’ll somehow change. That there’s some special piece of information that they missed that would change everything. Maybe you keep buying them books that they never read. Maybe you drag them to a therapist that they don’t want to go to. Maybe you try leaving tearful voicemails at two in the morning, screaming, “WHY AM I NOT ENOUGH FOR YOU?!!?”

We’ve all got that person in our lives. Loving them hurts. But losing them hurts. So, we decide, the only way to salvage this emotional cluster is to somehow change them.

“If only they would…”

On my speaking tour this spring, I held short Q&A sessions at the end of each talk. Invariably, in every city, at least one person would stand up, offer a long explanation of their messed up situation and end it with, “How do I get him/her to change? If only they would do X, things would be better.”

And my answer, in every situation, was the same: you can’t.

But you can’t make them change.

That’s because making someone do something, even if it’s for their own good, requires either coercion or manipulation. It requires intervening in their life in a way that is a boundary violation, and it will therefore damage the relationship—in some cases more than it helps.

These are boundary violations that often go unnoticed because they’re done with such good intentions. Timmy lost his job. Timmy is laying on his mom’s couch, broke, and feeling sorry for himself every day. So, Mom starts filling out job applications for Timmy. Mom starts yelling at Timmy, calling him names and guilt-tripping him for being such a loser. Maybe she even throws his Playstation out the window for good measure, just to give him that extra oomph of motivation.

While Mom’s intentions may be good, and while some may even see this as a dramatically noble form of tough love, this type of behavior ultimately backfires. It’s a boundary violation. It’s taking responsibility for another person’s actions and emotions, and even when done with the best of intentions, boundary violations screw relationships up.

Think about it this way. Timmy is feeling sorry for himself. Timmy is struggling to see any point in living in this cruel, heartless world. Then, suddenly, Mom comes in and trashes his Playstation while literally going out and getting a job for him. Not only does this not solve Timmy’s problem of believing the world is cruel and heartless and he has no place in it, but it is actually further evidence to Timmy that there is something fundamentally wrong with him.

After all, if Timmy wasn’t such a screw up, he wouldn’t need his mom to go out and get a job for him, would he?

Instead of Timmy learning, “Hey, the world is all right, I can handle this,” the lesson is, “Oh yeah, I’m a grown man who still needs his mother to do everything for him—I knew there was something wrong with me.”

It’s in this way that the best attempts at helping someone often backfire. You can’t make someone be confident or respect themselves or take responsibility—because the means you use to do this destroys confidence, respect, and responsibility.

For a person to truly change, they must feel that the change is theirs, that they chose it, they control it. Otherwise, it loses all its effect.

A common criticism of my work is that, unlike most self-help authors, I don’t tell people what to do. I don’t lay out action plans with steps A through F or create dozens of exercises at the end of every chapter.

The people who tend to populate the self-help world are there because they have a chronic inability to take responsibility for their choices. It’s full of people who have floated through life looking for someone else—some authority figure or organization or set of principles—to tell them exactly what to think, what to do, what to give a care about.

But the problem is, every value system eventually fails. Every definition of success eventually turns up crap. And if you’re dependent on someone else’s values, then you’re going to feel lost and identity-less from the start.

So, if someone like me stands on stage and tells you that for half your life savings, I will take responsibility for your life and tell you exactly what to do and what to value, not only am I merely perpetuating your original problem, but I’m making a killing while doing it.

People who have survived trauma, who have been abandoned or shamed or felt lost, they’ve survived that pain by latching onto worldviews that promise them hope. But until they learn to generate that hope for themselves, to choose their own values, to take responsibility for their own experiences, nothing will truly heal. And for someone to intervene and say, “Here, take my value system on a silver platter. Would you like fries with that?” only perpetuates the problem, even if done with the best of intentions.1

(Caveat: Active intervention in someone’s life can be necessary if that person has become a danger to themselves or others. And when I say, “danger” I mean actual danger—they’re overdosing on drugs or becoming erratic and violent and having hallucinations that they’re living with Charlie in Willy Wonka’s chocolate factory.)


HOW CAN YOU HELP PEOPLE?

So, if you can’t force someone to change, if intervening in their life in such a way as to remove the responsibility for their own choices ultimately backfires, what can you do? How do you help people?

Anyone who has ever made a major change in their life has noticed that it has a ripple effect on their relationships. You stop drinking and partying, and suddenly your drinking friends feel like you’re ignoring them or are “too good” for them.

But sometimes, just sometimes, maybe one of those party friends thinks to themselves, “Damn, yeah, I should probably cut back too,” and they get off the party boat with you. They make the same change you did. And it’s not because you intervened and were like, “Dude, stop getting blackout drunk on a Tuesday,” it’s simply because you stopped blacking out, and that became inspiring to others.


2. INSTEAD OF GIVING SOMEONE ANSWERS, GIVE THEM BETTER QUESTIONS

Once you recognize that forcing your own answers on somebody sabotages the benefits of those answers, the only option left available is to help the person ask better questions.

Instead of saying, “You should fight for a raise,” you could say, “Do you believe you’re paid fairly?”

Instead of saying, “Stop pooping your pants, it’s disgusting,” you could say, “Have you ever considered a toilet? Here, may I show you how to use it?”

Giving people questions is hard. It requires patience. And thought. And care. But that’s probably why it’s so useful. When you pay a therapist, you’re essentially just paying for better questions. And this is why some people find therapy to be “useless,” because they thought they were signing up for answers to their problems, but all they got was more questions.

This isn’t to say you can never give people answers. But those answers must be sought by the person themselves. There’s a world of difference between me saying, “Hey, I know what’s best for you,” and you coming to me and saying, “What do you think is best for me?”

One respects your autonomy and self-determination. The other does not.

Therefore, often the best thing you can do is simply make it known that you are available if a person needs you. It’s the classic, “Hey, I know you’re going through a hard time right now. If you ever want to talk, let me know.”

But it can also be more specific. A few years ago, a friend of mine was going through some stuff with his parents. Instead of giving him advice or telling him what he should do, I simply told him about some of the problems I had with my parents in the past that I believed were similar. The goal wasn’t to force my friend to take my advice or do what I did or even to give a care about what happened to me. That was all up to him.

I was simply making an offering. Putting something out there. And if it was useful to him in any way, he could use it. If not, that’s fine too.

Because when done that way, our stories carry value outside of ourselves. It’s not me giving him advice. It’s my experience lending perspective to his experience. And his right to choose and take responsibility for his experience is never impeded, never encroached, always honored.

Because, ultimately, we are each only capable of changing ourselves. Sure, Timmy may have a sweet job and one less Playstation, but until his self-definition changes, until his feelings about himself and his life shift, he’s the same old Timmy. Except now with a much more frustrated mother.

This article first appeared as No, You Can't Make a Person Change by Mark Manson at his blog. Mark did a great job with this article! Click on his name to follow him on the social networks!

Read another popular post: Don’t Ever Apologize For Loving Someone – Not Ever!
---