An Open Letter To The Good Guys

An Open Letter To The Good Guys by Pam Johnston. See details below. 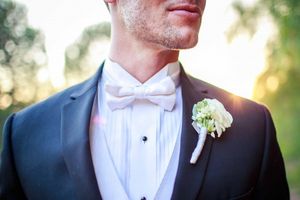 I get it. You’re pissed. Tired of being lumped in with the likes of men who brag about sexual aggression. Raised to respect women, you would never, ever do such a thing. In fact, the very idea makes you sick to your stomach. As it should. That’s why you feel compelled to remind people “Not all men...”

36 percent of women have been the victims of rape, physical violence, or stalking. That’s more than a third. Consider that for a moment: more than a third of women. We can’t directly extrapolate that data to the specific group of women you happen to know, but we can assume that a fair number of those women fall into that group.

These are the women that you’re insisting must give you a chance. In spite of the fact that many of those women may well have, at some point in the past, given a chance to a man who proved not to be a good guy at all.

Women are taught to be accommodating. From the start, we’re told to smile. Blow kisses. Look pretty. There’s a specific set of words used for speaking about women who fail to do these things. We’re taught to fear those words above all others. And that fear is a serious thing because it sometimes compels us to put ourselves in danger.

Put yourselves in danger? What you talking talking about?

When I was in graduate school, I lived in a small apartment building. There were four units in the building―two upstairs, two down. For a month, as old renters moved out and new ones hadn’t yet moved in, I was the only person living in that building.

A “For Rent” sign sat in the front yard, advertising these vacancies. One day, two young men came into the building looking for the landlord.

Since I was the only one living there, I was the only person who answered their knock at the door. I explained that the building was managed by a realtor and told them how to get in touch with her. The guy who’d been doing the talking looked annoyed by this.

He glanced over my shoulder. “Is your place pretty much like the others? Could we just take a look around?” he asked.

At this point, every woman reading this story is thinking You did not let two strange men into your apartment. But I’m guessing that a lot of those women already know that’s exactly what I did.

I considered saying no, but then I stepped aside and let the two men pass. They were well-dressed and polite―just like most serial killers. Immediately, I regretted my decision.

I stood near the door, halfway into the hallway, but I knew that would do no good if one of them was carrying a weapon, or if they worked in tandem to overpower me. I was, as I’ve already said, the only person living in the building at the time.

But I was more afraid of having two strangers call me a paranoid bitch than of being assaulted or murdered. That’s the only possible explanation for my decision.

And luckily, nothing happened. They looked around, thanked me, and left. I never saw either of them again. So you, good guys, may be thinking to yourselves See? Nothing happened! Not all men are rapists. This is true.

But it’s also true that if something had happened, I would have been blamed―not the men who entered my apartment with the intent of causing me harm. I would not have been able to tell this story and expect anyone to defend my decision to be friendly. Anyone who heard this story would have asked “What were you thinking when you let them in?”

The fact of the matter, good guys, is that women have to assume you’re not a safe person. We have to do this because it makes no logical sense to do anything else. If we operate on any other assumption―well, it’s too late to do anything by the time we figure out we were wrong.

You’re already in the apartment. Or shoving us up against a wall. Or pulling out a weapon. And at that point, we know we’re going to be blamed. It will be our fault for trusting you, not your fault for violating our trust.

We’ve seen what happens to men who assault women. Or, rather, what doesn’t happen. We just can’t take that chance.

It’s okay to be angry about this. We live in a culture that sets the bar for men’s behavior really low. You should be angry about that. It’s insulting. So do whatever you can to raise that bar. Hold your friends and family members accountable for better behavior.

Don’t consume media that panders to the worst stereotypes of male behavior. Immediately stop saying things like “that’s just guys being guys,” and call out those who do.

But most importantly, stop directing your anger about this toward the women who won’t give you a chance. Even if they’d like to, maybe they’re not sure it’s safe. And if you actually care about these women, you want them to feel safe. You want that even if it means your feelings get hurt in the process.

Read another popular post: Don't Ever Apologize For Loving Someone – Not Ever!

This article originally appeared as An Open Letter To The Good Guys by Pam Johnston. Click on their names to follow them on the social networks!